Hey, the weekend is here and we're celebrating its arrival just a little bit early.  Unfortunately, it is so cold throughout North America that the Platypus team cannot realistically think about being naked... even in our own living quarters with the heat cranked up... It's that cold!

So let's do a bit of imaginative thinking shall we?  What if it was warmer.  If Spring had arrived.  If we could be outside in the sunshine au naturale.

Now let's turn to even more creative thinking.  If you watched Star Trek episodes, or many other programs on a SciFi network, you know that the subject of parallel universes is a regular theme.  Writers explore alternative realities where Spock and Kirk knew each other as college age friends.  Where Dr. Who never did battle with the Dalek invaders.  Stuff like that.  It's the stuff most episodes of Rick & Morty are made about.

The Platypus Team saw these types of shows, of course, but figured it was all just a matter of fiction.  We'll admit we went for, ahem, a path of "liberal arts" studies rather than hard sciences after high school.  So we never broached anything like theoretical physics and quantum mechanics.

Turns out, many very sophisticated, educated, experts in the field believe that a theory incorporating infinite universes with infinite possibilities is the best explanation of how we exist.  It makes the mathematical equations work. Professors like Max Tegmark of M.I.T., (who has publicly advocated for the many worlds interpretation) and Brian Greene, Columbia University professor and author of best-selling works about our Universe (who believes the issue and math are not completely settled but admits multiple, infinite universes is a distinct possibility) are among such physicists.

For our part, while we could never make sense of the complex equations and do not know what to believe, we will say that a "many worlds" theory is not necessarily anathema to our faith and belief system.

Could there be a distinct, different, parallel universe where Adam and Eve never ate forbidden fruit.  Or worlds where, for whatever reason and however history turned out, that nudity is much more accepted than it is in our world right here and now:

- Maybe there are multiple universes where humans never wore clothes, never thought to wear clothes, and didn't need them - so they all go naked to this day;

- Maybe there are universes where people wear clothes day-in-day out for work and school, but always go nude on beaches and lakes, or in the park at summer (On our world Scandinavia once looked a bit like that... parts of Germany too if only for a while);

- Maybe there are worlds where all people always sleep nude, or always live nude in their own homes;

- Or maybe there are worlds where people eventually discovered the joys and benefits of nudity and maybe our own planet in our own universe will get there someday.

Ah well, here's to dreaming and imagination.  Here's to hoping some of those top physicists start mentioning nude universes instead of going to that tired old example of a world where the Nazis won World War II.  No one who is sane wanted that to happen.  But a world full of naked?  Hmmm... 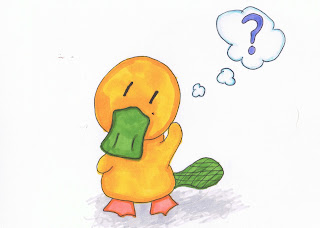